Simulation has a property that doesn’t fully inhabit other media – non-linearity. David Rodowick, in discussing the pulse of the analogue film, said that it’s “difficult for the digital image to communicate duration.” In context, the ever-present glow of the digital screen (where only individual pixels change) is compared with the discrete frames of celluloid film. Another comparison might be made concerning this, between narratives and fields. No matter how disjointed or disordered, a cinematic narrative will proceed in time from A to B – the length of the film strip. Duration is communicated through discrete linear events. However, with digital media structures, I enter a field of information. A paralleling of analogue methods within these structures has occurred through much of the early 21st century – although the potential for alternatives has been evident from the beginning. Oddly, an absence of linearity may be understood as more naturalistic, the imposition of narrative patterning, somewhat artificial – in the spectrum of fabricated objects and images. The apparent linearity of each day governed by light, but the information and events appear to spread out in a field of potential.

I'm planning to add two voices to this simulation, both synthetic, drawing on a reserve of text derived from online documents. What they decide to say and when they say it is, in part, determined by a chance operation that occurs with each ‘tick’ or cycle of the code. When a camera moves through one of the two connected rooms is similarly determined by code selecting a viewpoint and how long it is displayed. There are obvious comparisons to the conventions of cinema in this work I’m making; the subtitles, the panning and tracking camera shots. However, these exist within a field, a dimensional space defined by the digital model and the code. There’s no particular beginning or end, only a field of potential that starts when the software is initiated and ends when it is closed – duration is communicated through energy and transmission light. 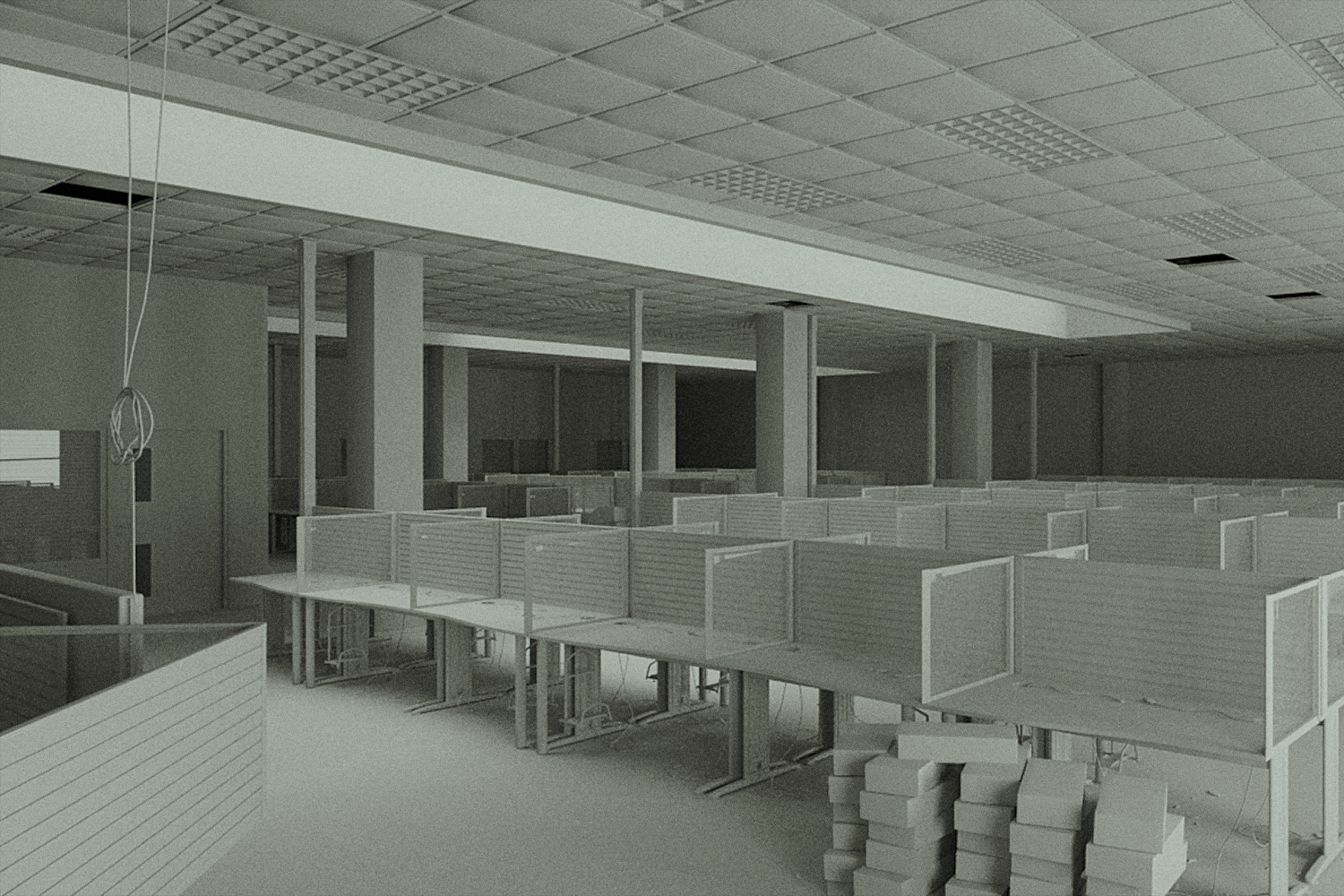 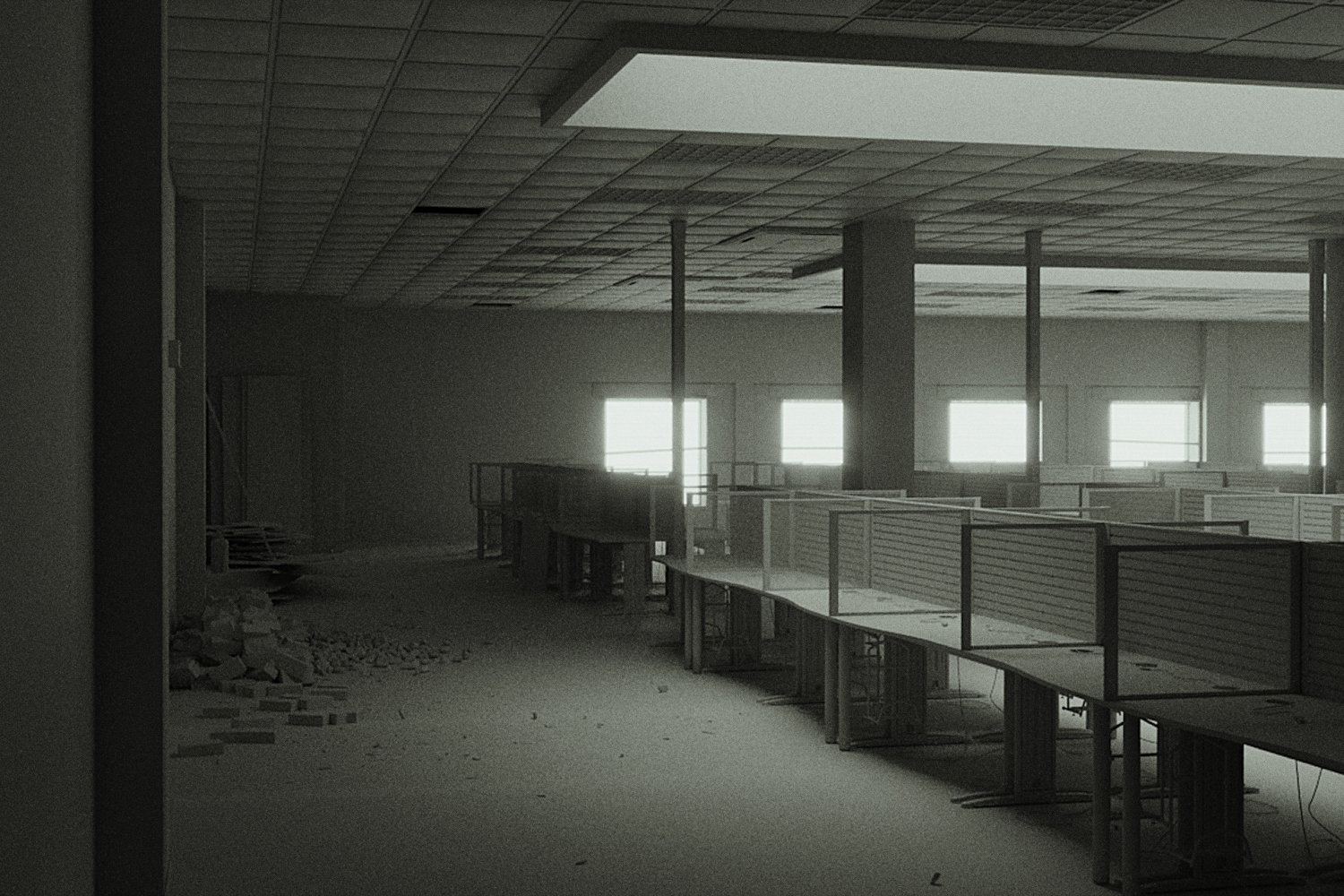 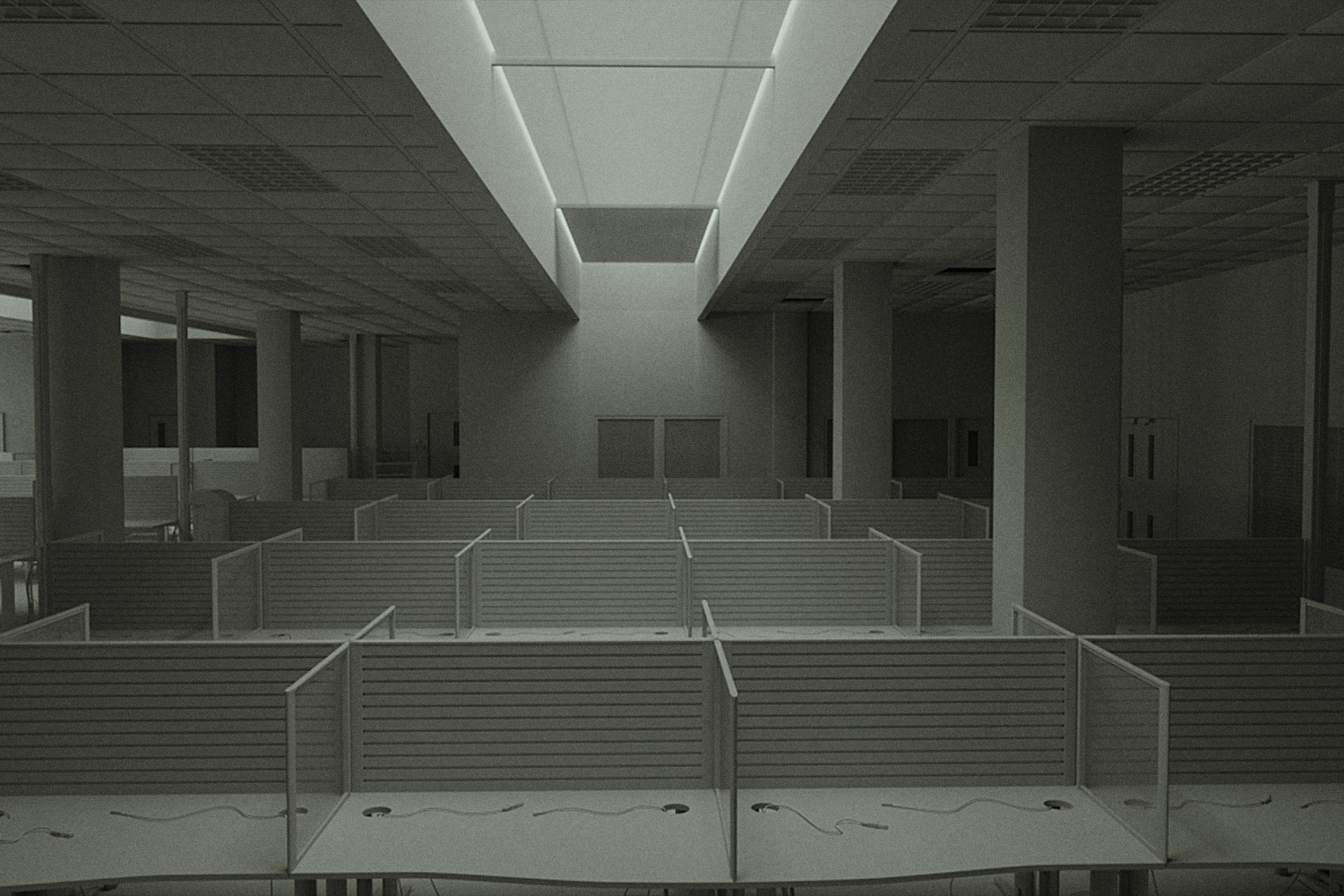 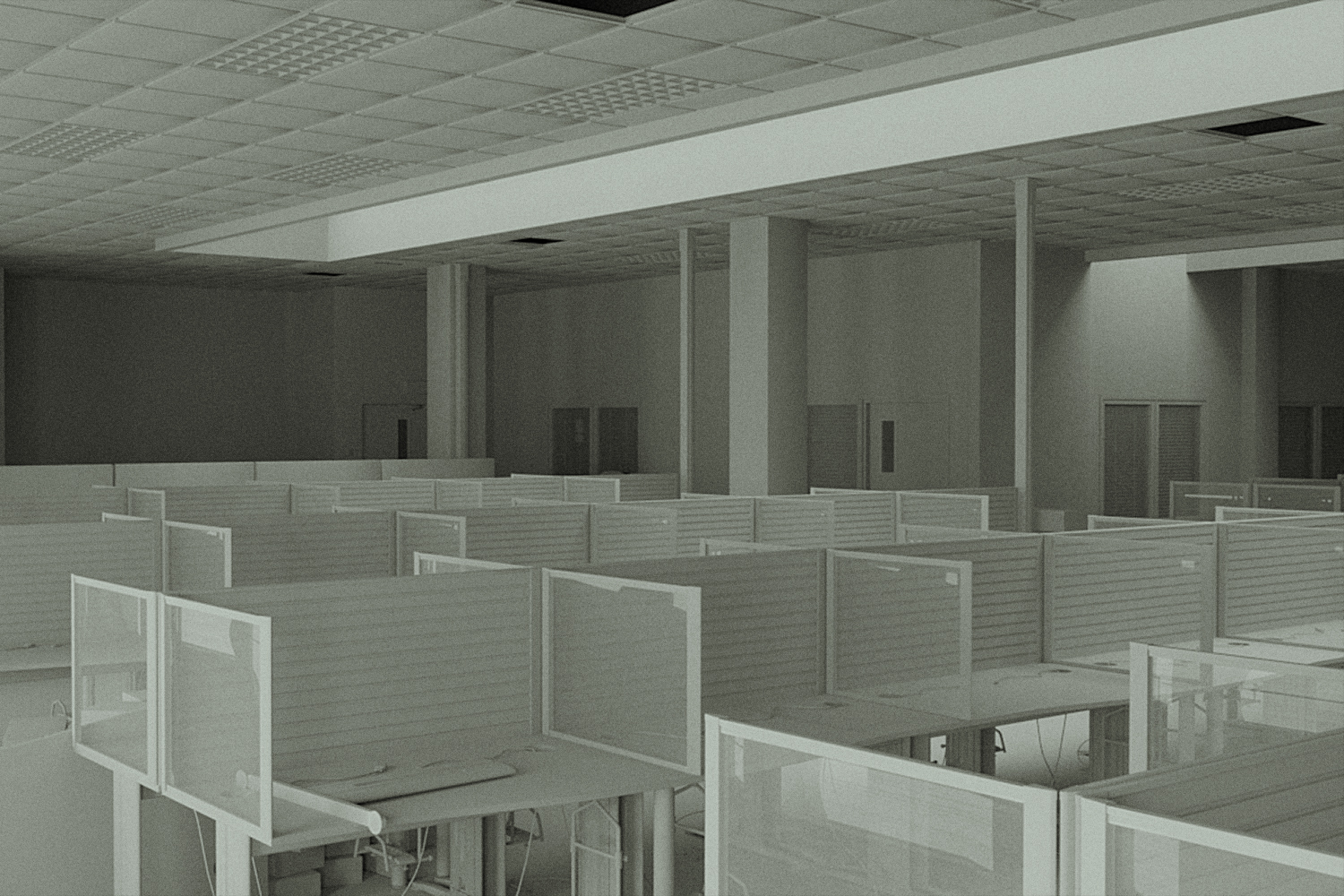 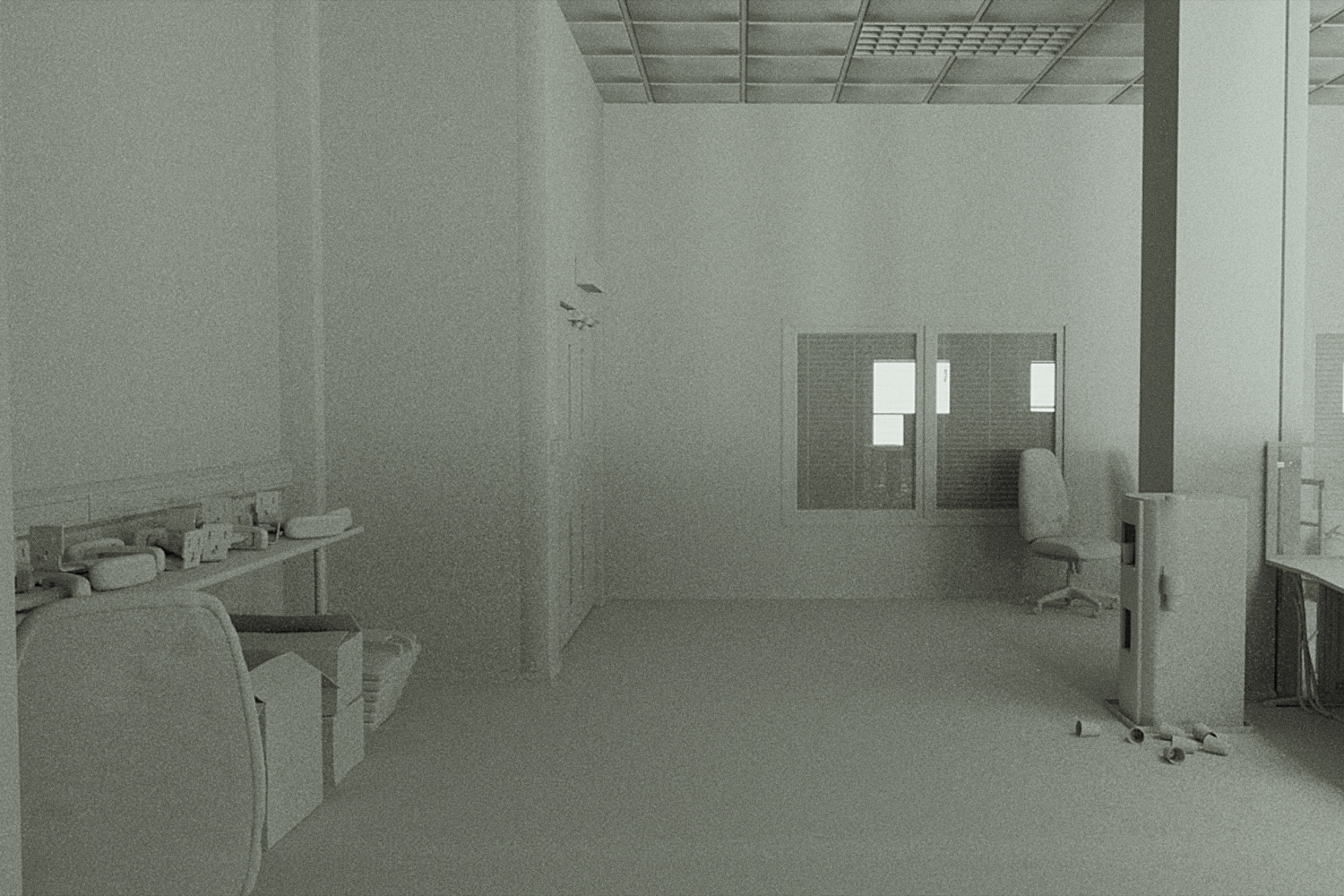 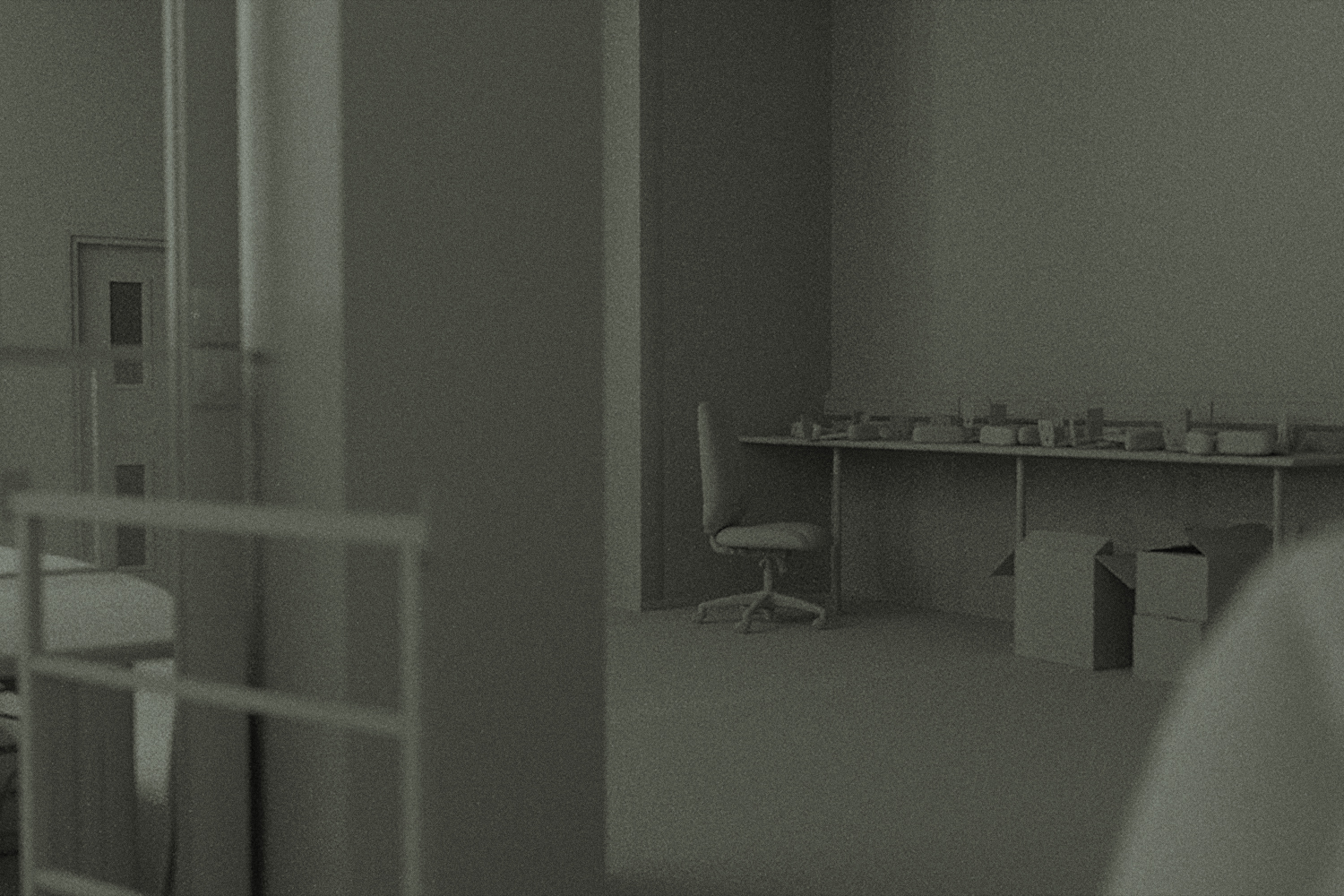