“Have you always wanted to climb the mountains of Mars, but now you’re over the hill?
Then come to Rekall Incorporated where you can buy the memory of your ideal vacation, cheaper, better and safer than the real thing.”1 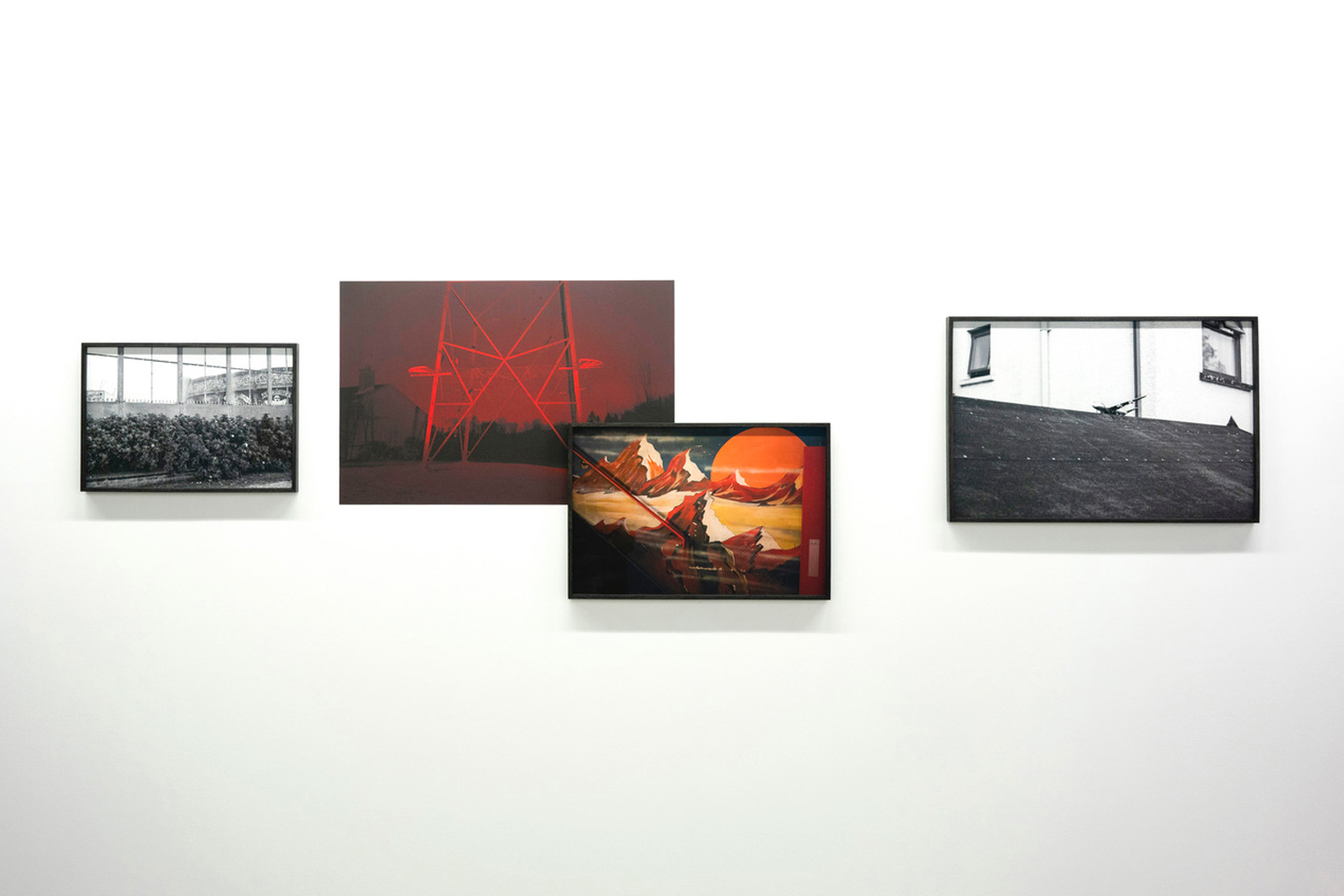 On the ascent to a fairground ride, sprayed on candyfloss mist hangs over soft serve red mountains that ascend before the agent orange sun and denim sky. This cracked and flaking mural at Barry's Amusements in Portrush decks the rubber steps and lacquered red metal handrail - presumably to assist in the case of vertigo should the illusion and anticipation overwhelm. In this photograph and the installation of which it is part, Lee Stitt charts the gap between speculation on the forms of the unknown and the terrestrial reality we currently inhabit. 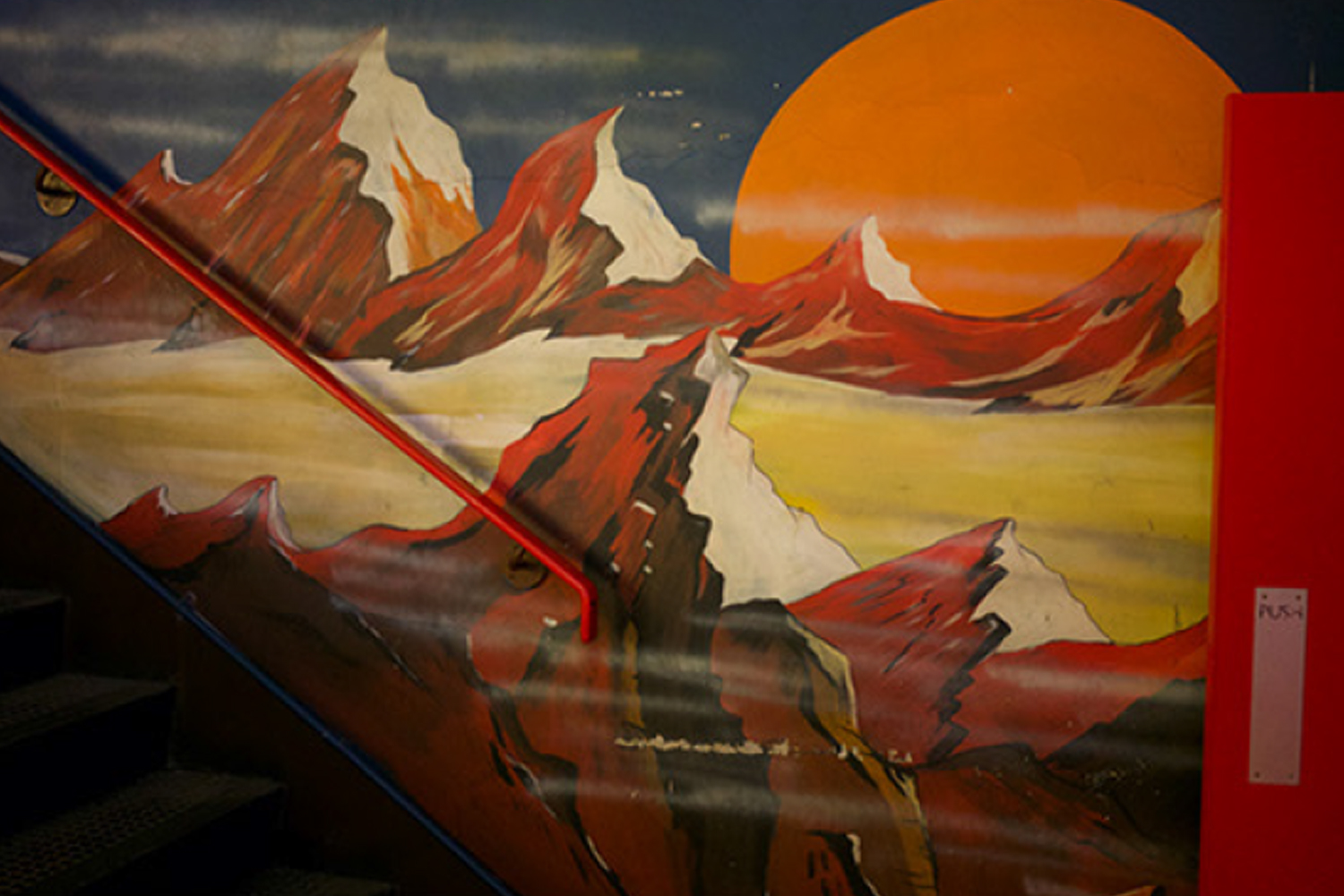 The Martians stared back at Timothy, Michael, Robert, Mom and Dad for a long, long silent time from the rippling water. In the final episode of his 'Martian Chronicles,' Ray Bradbury concludes by succinctly encapsulating historic and contemporary speculations on the nature of Mars and its inhabitants. "I'm burning a way of life, just like that way of life is being burned clean of Earth right now.”2 In these final lines, as the father discards the memories of home onto a fire, Bradbury follows the oft-told parable describing the pitfalls and foibles of well-meaning colonialism. Humans encounter the alien other, destroy them, almost destroy themselves, then mournfully gaze at their own reflections wondering why they allied themselves with technological exploration and slaughtering the natives. The dried, digitally reddened, withered sunflowers in Stitt's photograph describe a distancing and hostility that can be created by the landscape and affectations of what we call home. In Bradbury's Martian fantasy the last thing Dad throws onto the fire is a map of Earth. The tensions contained in the familiarity of home erupt across the surface of Stitt's work in the form of memory of the recent past and culturally stagnant present. 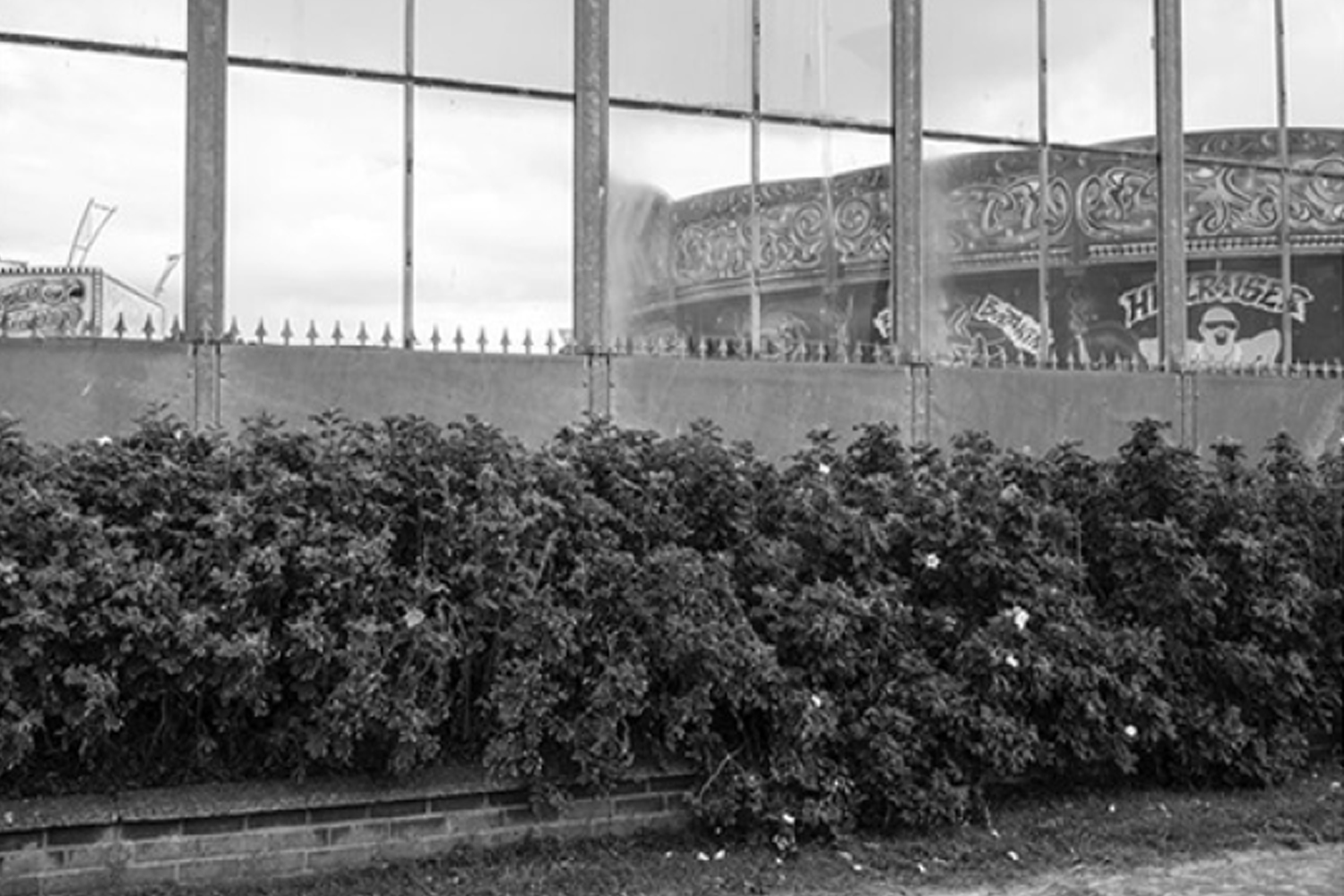 In writing about the television show Life On Mars, Mark Fisher suggests the alienating effect of the retro-kitsch style of the show may be a result of a technical inability to render any sense of a lived-in world. "No matter what is filmed, everything always looks as if it has been thickly, sickly painted in gloss, like it's all a corporate video.”3 Reflected in mirrored glass behind a row of wrought iron arrowheads, a partial view of the word ‘Hellraiser.' There's a ghost-like figure wearing sunglasses, arms extended and screaming underneath the quivering hand-painted text. The white petals of a dog rose fall on a grass verge beneath concrete slabs. This collision of glossy fairground kitsch and the first murmurings of winters inevitable entropy, illicit a discomfort that swells from the rupture and disconnection. This piercing detail in Stitt's photograph oscillates through the entire series and installation, much like the sound that first provoked this photographic journey. 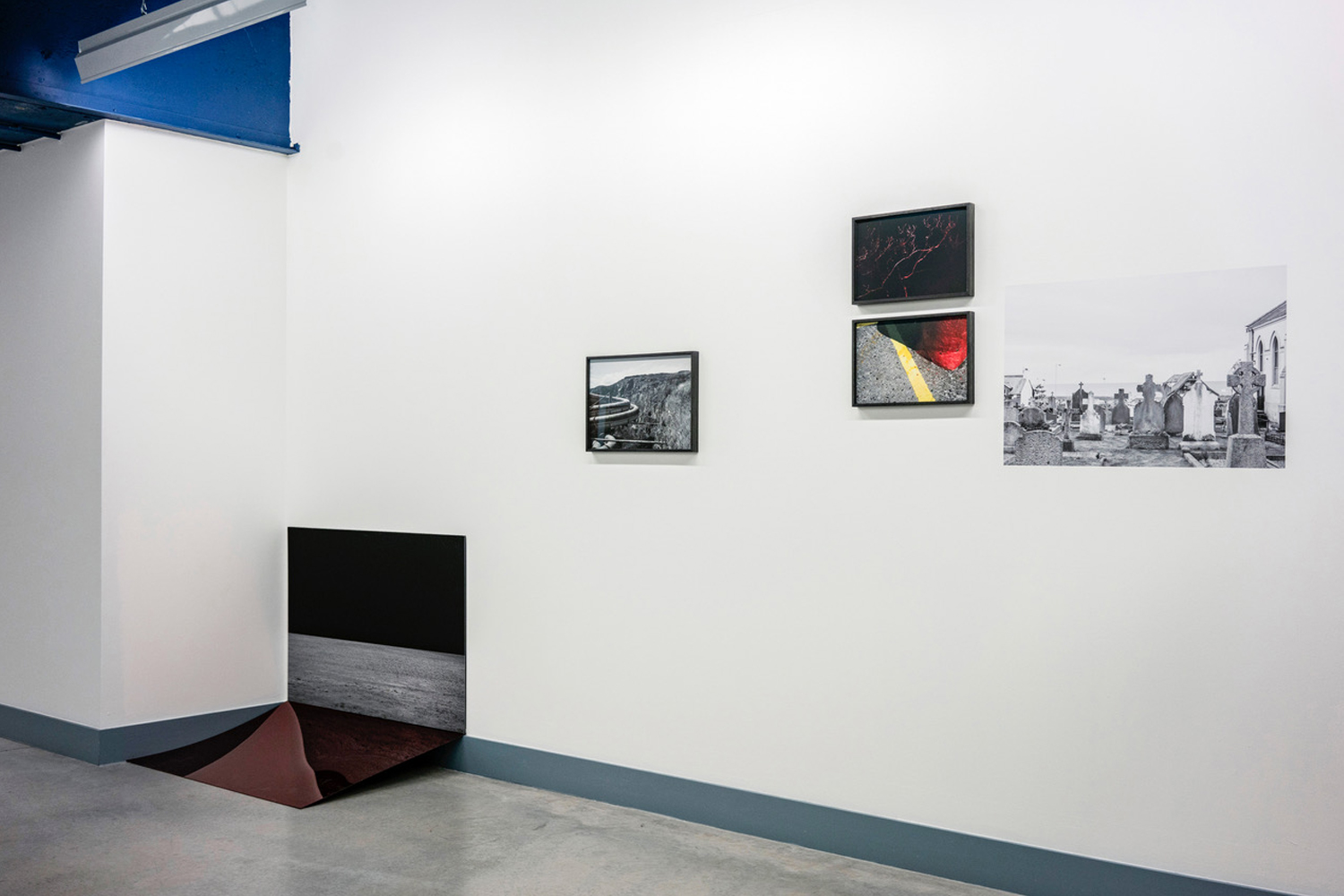 On the 2nd of July 2015, NASA released audio captured from the Opportunity Rover.4 The sounds that constitute the first audio delivered from Mars are in fact the sounds of vibration measurements from the rover's accelerometer as it travelled across the terrain of the Martian surface. Digital interference and lost packets of information punctuate a consistent spectral noise. While this audio has all the ambiguities necessary to suggest the song of the Red Planet, we are in fact, listening only to our technological prosthetic selves. 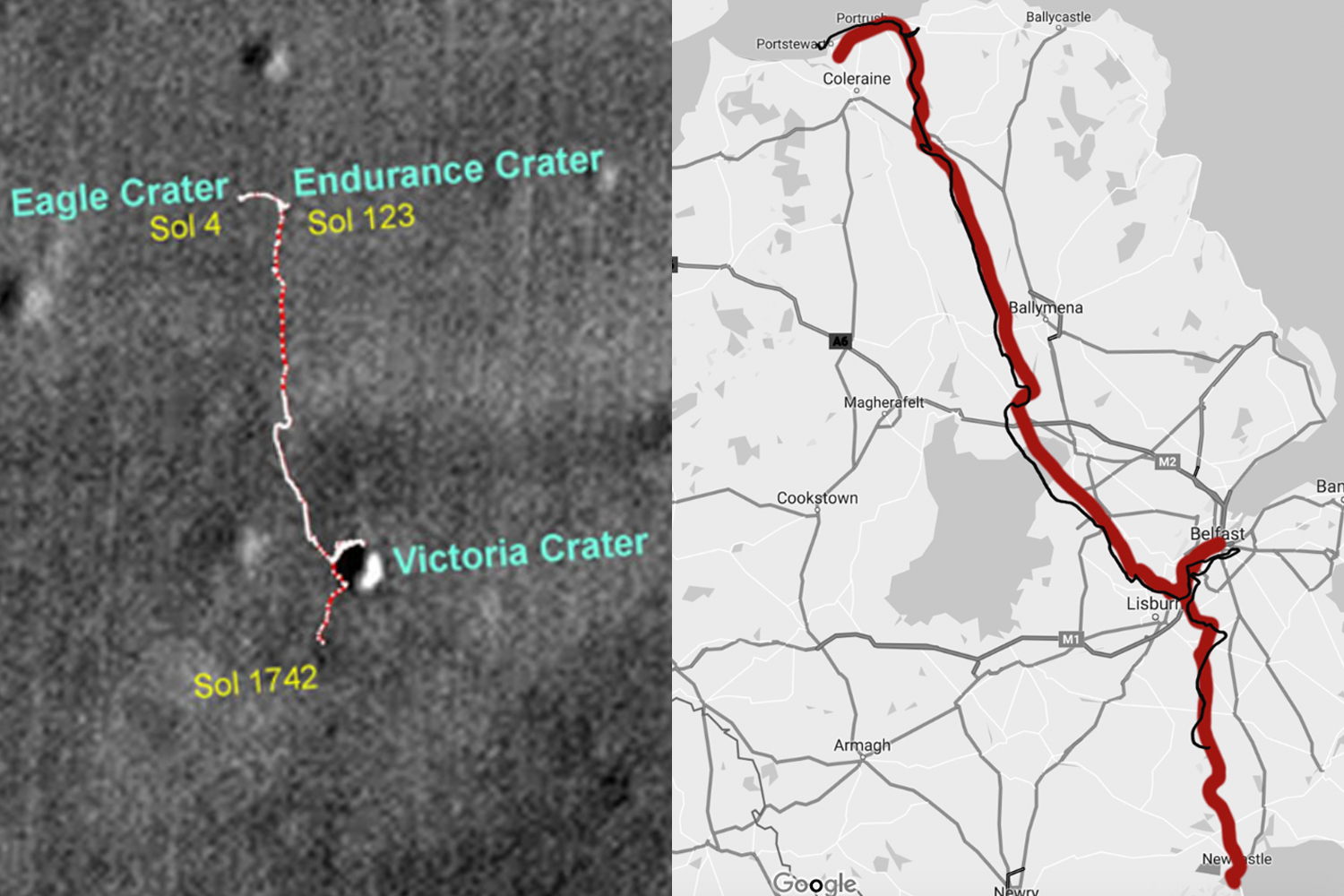 Stitt's northerly path from Newcastle to Portrush visually harmonises with the trail Opportunity took on Mars described in the map published by NASA. This is the path that generated the audio. There's a loop into Belfast that echoes the path taken around the Victoria Crater. A hook near the end of the trail into Portrush comparatively similar to the rover's turn toward the Eagle Crater. It is a detail in Stitt's strategy that highlights the fragility of our navigational reasoning. In 1910 Thomas Edison made a short film speculating on what the surface of Mars might look and feel like.5 He imagined giant smoke-breathing alien creatures and reverse gravity. Up was down, down was up, all was hostile. 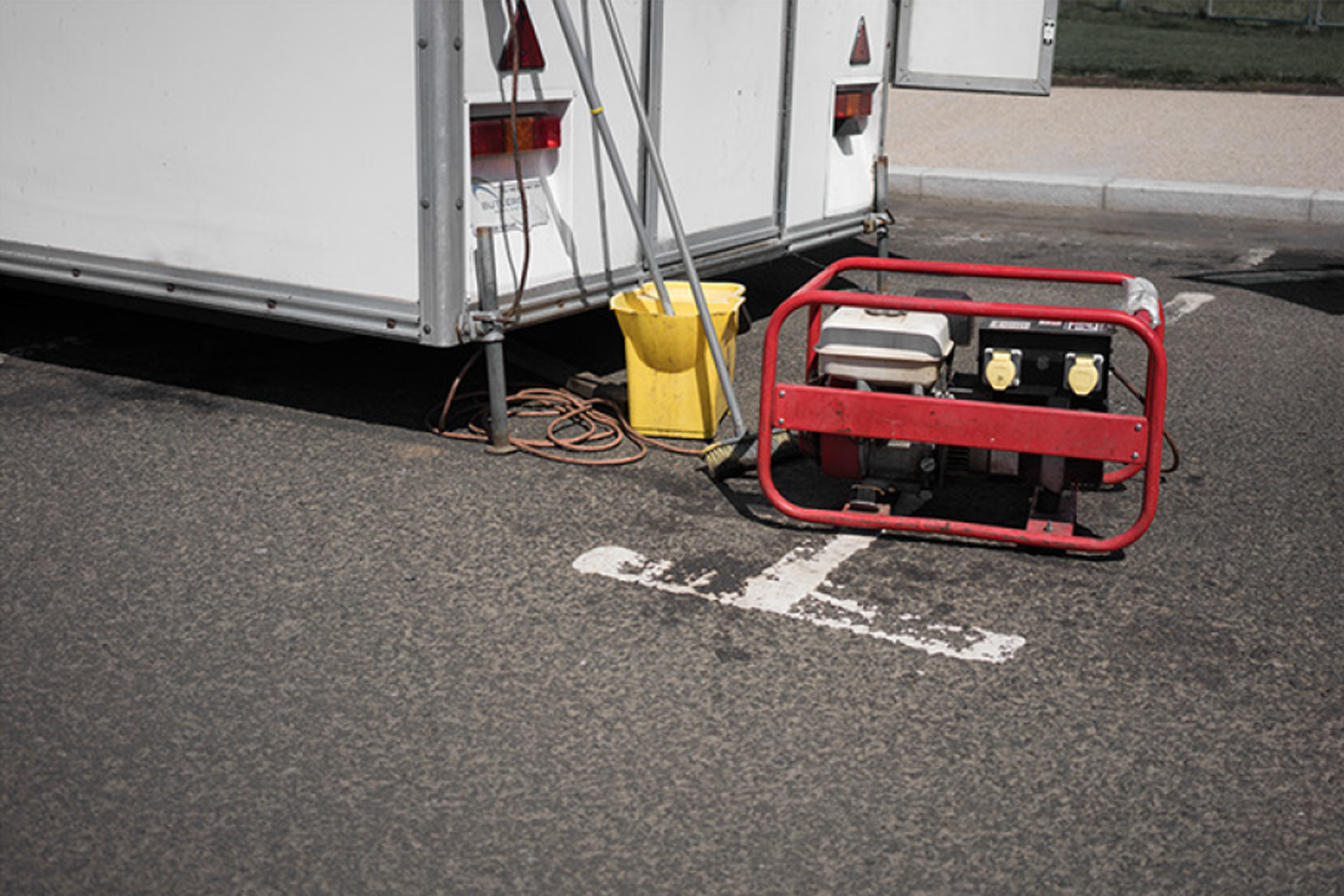 At each of the arbitrary waypoints along this loosely mirrored trajectory, the photographic evidence of a possible future on the Martian surface, what it might look like and the question of how adequate it might be in sustaining our conception of life, appear in these photographs. The Babylonian deity Nergal is one of the first recorded bipedal embodiments we constructed of the wandering red dot in the night sky. As with the Roman god that followed, Nergal was an unpleasant creature; god of the underworld, husband of Ereshkigal and associated with disease, war and general mayhem. Partner to a yellow plastic bucket, a small, distinctly red petrol generator tethered to a port-a-cabin with wonky struts, reminds us of the provisional nature of our survival on this planet and describe the inevitable reality of an existence being scoured by red chlorine sand. 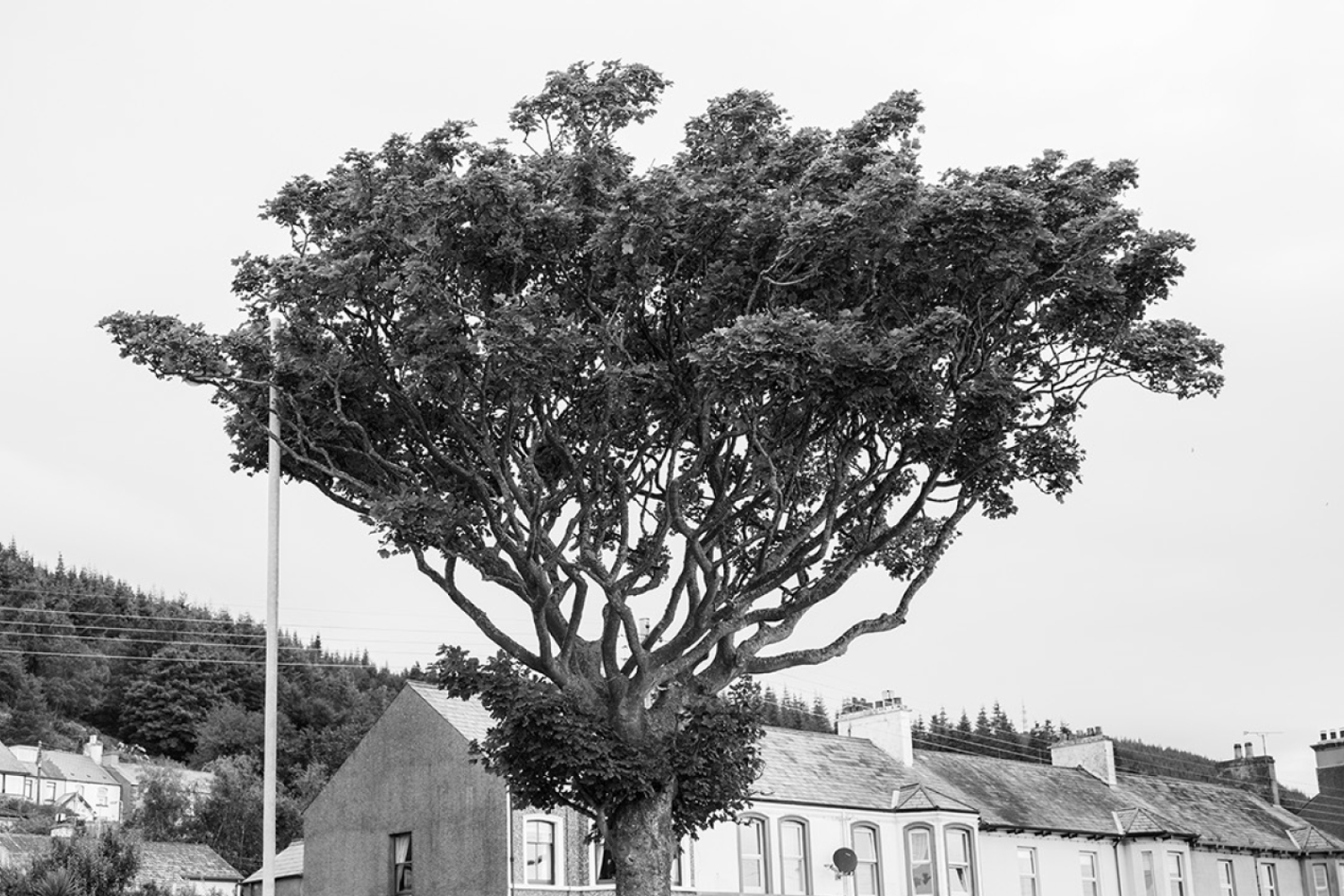 In considering the possibility that the chain structures contained in the ALH84001 meteorite are evidence of microbial life stemming from Mars, Dylan Trigg suggests how we think of what life is - or could be - is bound up in a conception of existence rooted in the history of the Earth. He asks if "we will remain locked in a narcissistic vision of the cosmos, in which the alien is nothing more than a doppelgänger of our own memories?”6 Recontextualising the familiar forms of the landscape between Newcastle and Portrush, reframing objects and artefacts through mimicry of contemporary scientific exploration, Stitt similarly positions this question both in the interplanetary sense, but also in the much more domestic, proximal framing. The construction of the other and projection of the subconscious delivers horror and alienation laced throughout and entombed in the carparks and ditches of this northern stretch. 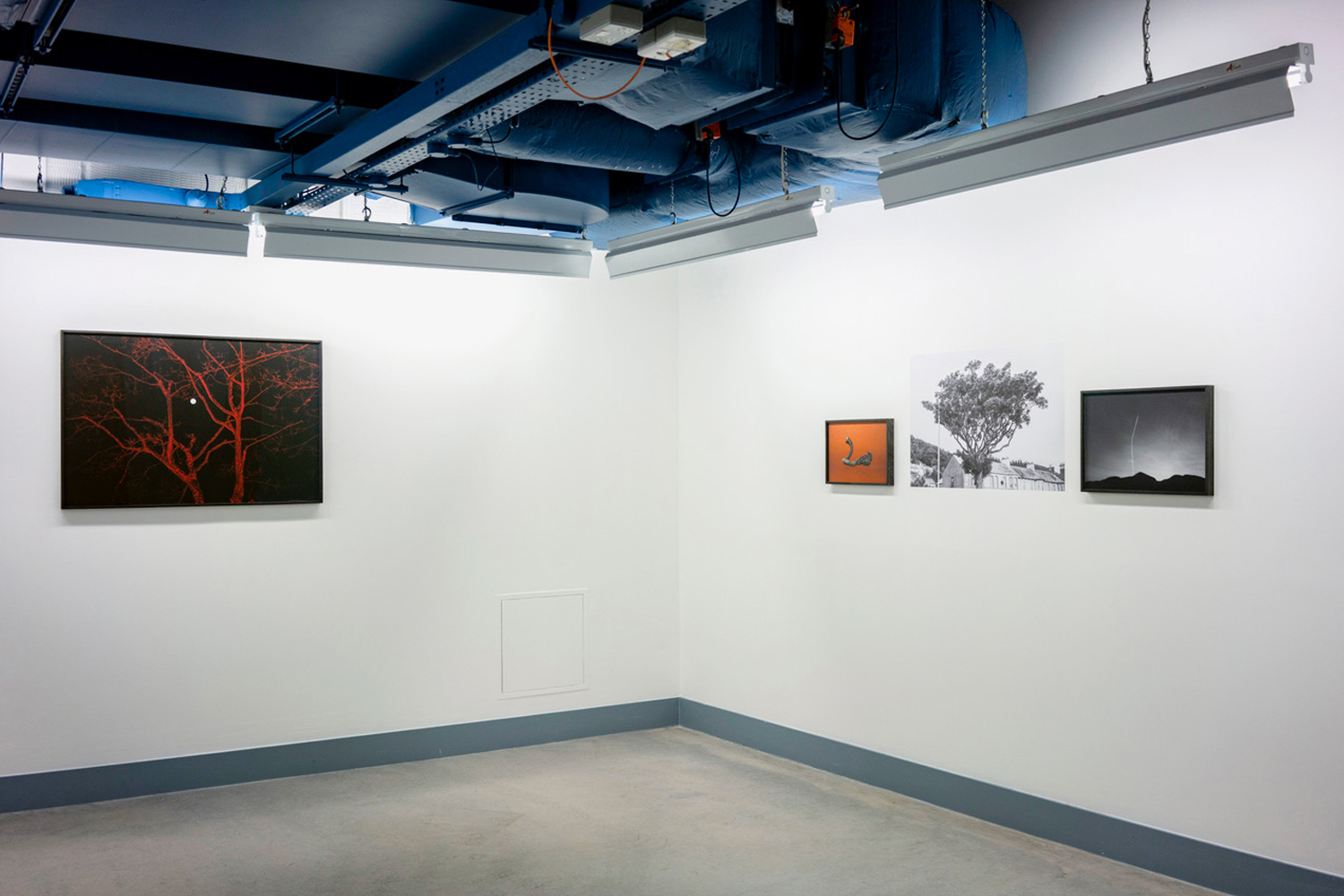 Perhaps there was once some kind of microbial life that evolved and withered. Maybe there is dormant microbial life contained in the icecaps of Mars, but at present, there is no voice with which to communicate, no mind from which to learn. The highest likelihood, with the increasing power of our ability to look, we'll find that the time-space we occupy is surrounded only by a void of inhospitable spheres where a consciousness has yet to emerge, has long since passed, or is structured with such alterity it is beyond the scope of human comprehension. As with the above, is the below similarly vexed? With the ascendancy of our technological consciousness and evolving vision, is the possibility of meaningful communication amongst pylons and slate roofs becoming more remote? 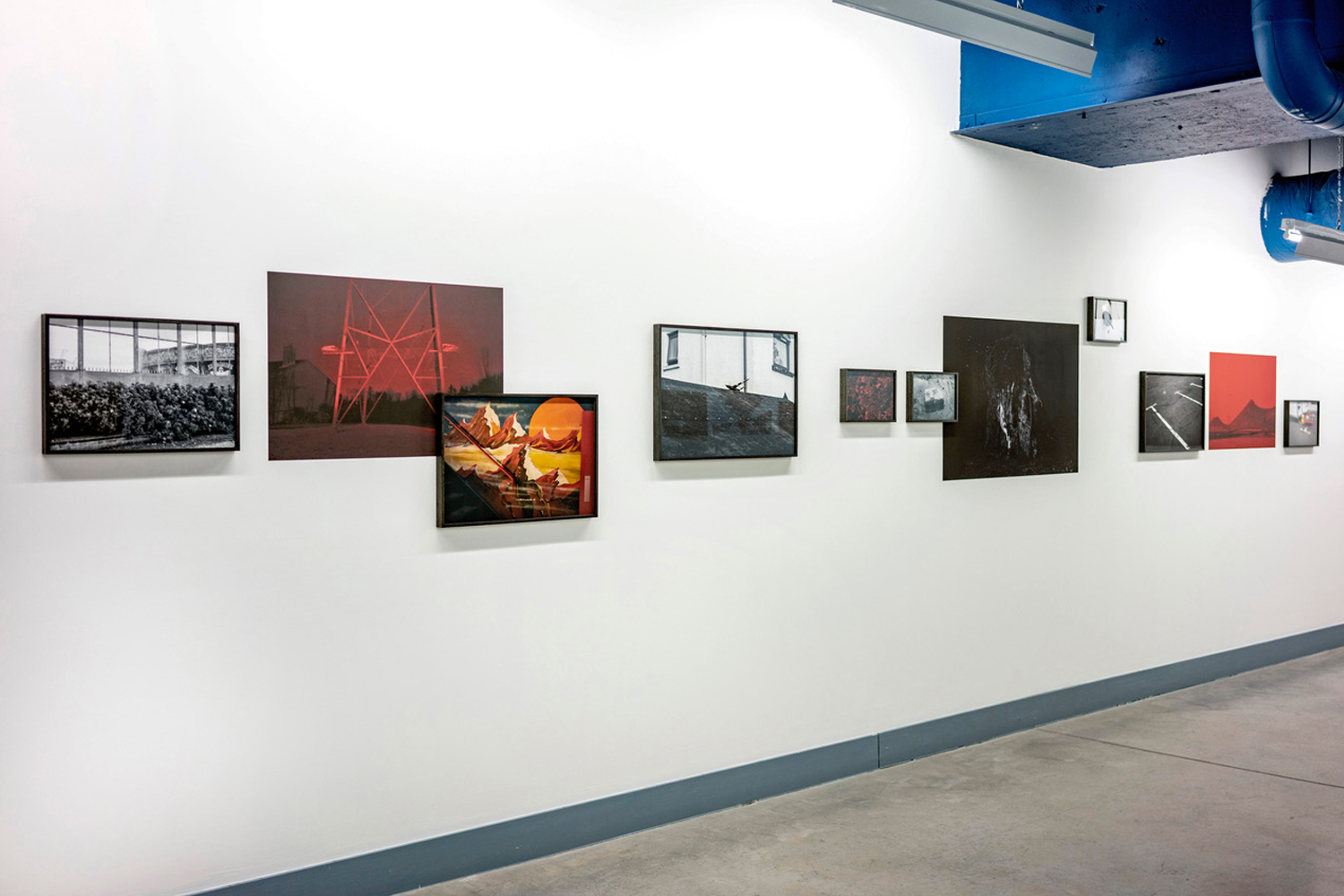 ‘New Territory’ by Lee Stitt is on display at the Ulster University Art Gallery in Belfast until the 16th of February 2019 and is curated by Feargal O'Malley.