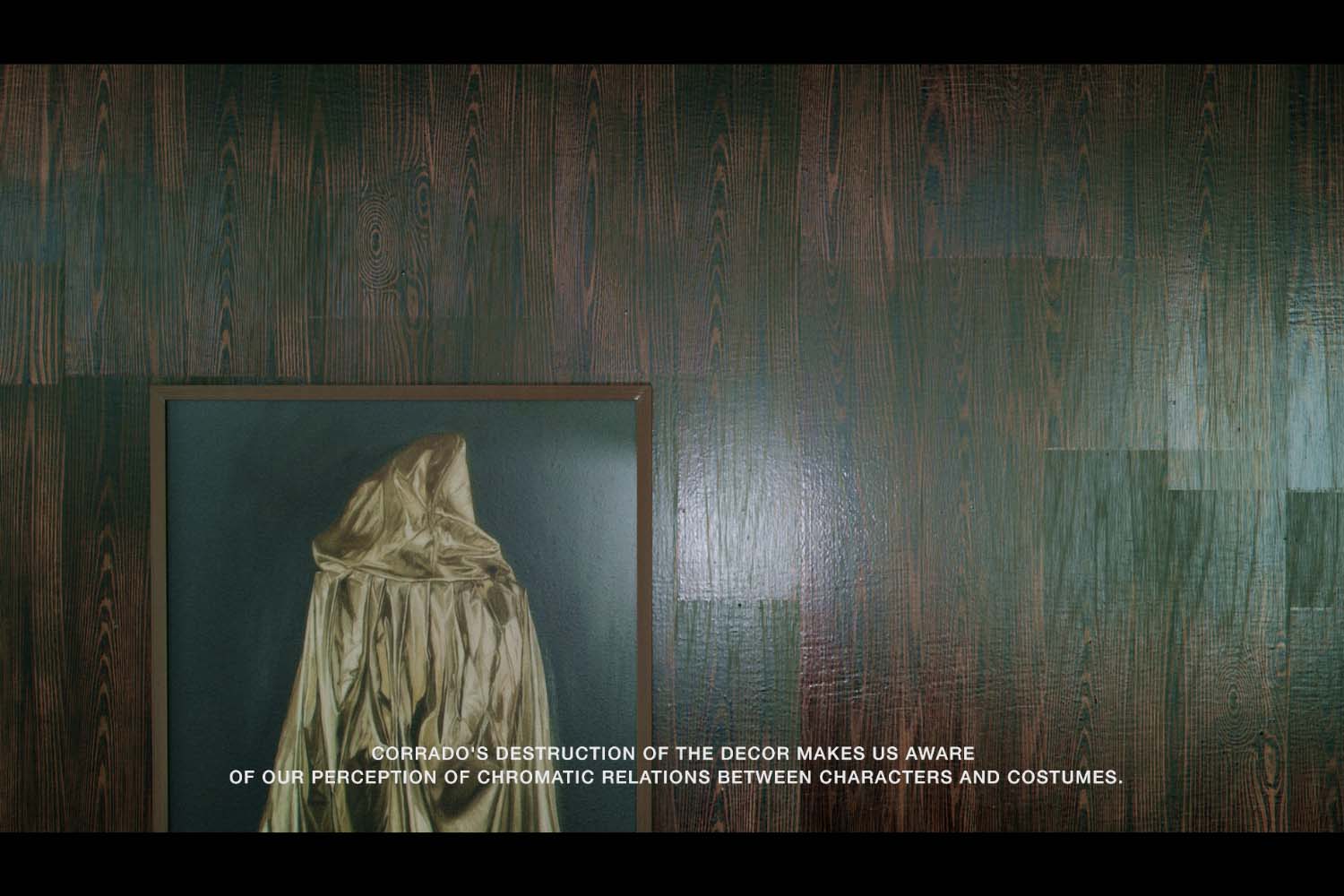 Hours lost in reflections. I’ve made some progress with this painting today and considered how these different kinds of images (painting, photograph, cinema) might work together with the Art Arcadia space. No conclusions; I doubt if there will be. In 1964 Antonioni commented: “we know that underneath the displayed image there is another one more faithful to reality, and underneath this second there is a third one and a fourth under the previous one. All the way to the true image of that reality, absolute, mysterious, that nobody will ever see. Or all the way to the dissolution of any reality. Abstract cinema, therefore, would make sense.” In its compositions and colouration, Red Desert appears to make an advance toward this kind of abstraction.

The street where Corrado finds Giuliana in her shop in Red Desert is named Via Alighieri, a medieval street that, although finely preserved, appears desaturated, uneasy, threatening. While Dante is guided through the landscape of Hell by Virgil, Giuliana is, by contrast, rudderless, seeking some kind of attachment while being unable to recover emotionally from an ‘accident,’ from her isolation and alienation induced by the industrial surround of Ravenna.